This article needs to begin with a disclaimer; I’m not dietician, nor do I have any qualifications or credentials regarding sports nutrition or life coaching. I am however an avid ultra runner with a thirst for information. I’ve tried to adopt the Dave Brailsford mentality of leaving no stone unturned in the pursuit of improvement, a philosophy which led his Sky Cycling team to magnificent success. I’m a forager of knowledge, digging into the deepest recesses of the internet and various other literature to seek out information that’ll allow a modicum of improvement in my performances.

Equally there's nothing new in this dialogue that probably hasn’t been said elsewhere. Rather it's a response to numerous questions from friends and peers as regards my eating habits. Treat it as a documentation of my discoveries in nutrition and its direct relation to my own recovery and performance. If you feel compelled to try any of my findings; great, I hope it brings you the benefits I’ve already reaped. 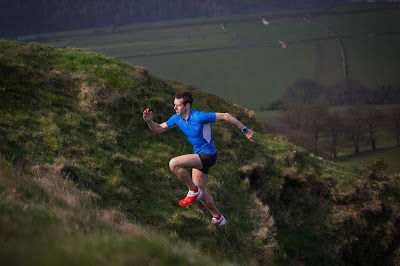 It’s simple maths to me, we bleed in training, straining to push our bodies to their inherent limits and beyond, yearning for results beyond our genetic abilities. But why should we just accept that we will never be the next Killian Jornet or Usain Bolt? Both these athletes, gifted with genetic magic in their respective disciplines, but that's not to say they don't gain every advantage they can. Yet for the everyday person, we wish to reach our personal goals, strive towards our dreams, hope and optimism being the motivation that gets us out training on the grimmest of days. So when we knock on the door of our supposed limits, when our bodies start to falter and give out with injury or fatigue, we begin to allow excuses to creep in; ‘Well I’m probably not born to run’ or ‘Ultra distances are hard so maybe we should ease off the throttle when it hurts’. 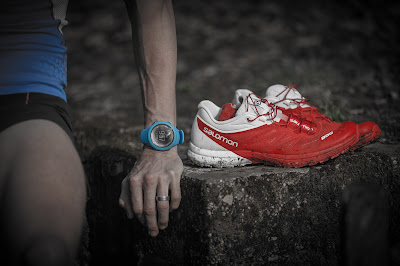 I’m not willing to accept this reality, I want to be the best I can and discover what my body will allow. Runners naturally seek out these little improvements, the inches that add up, those that will shave milliseconds off our PB’s - and we all know the joy when you glance at your Suunto and see the improvements. Most runners will initially look to their equipment, shoes that are lighter or will reduce injury risk through the latest technology or cushioning. The more astute ones might start to explore their running form, maybe they’ll focus on foot strike, others will look further to glute and hip recruitment in the kinetic chain. Yet they’re all cliches in this journey we all eventually take in the search for knowledge. The same sign posts I believe everyone will tick off if they continue in this activity long enough. My voyage of discovery has led me to better understand my diet and the affect it has had on me and my performance.


My journey began several years ago where in adult life where I developed a cough following a trip to America. Had I picked up a virus on the flight? Unsure I visited my GP who, following a peak flow rate test, quite matter of fact informed me I was ‘asthmatic’! I was shocked I could be ‘infected’ with this condition. I envisaged the supposed unfit kids at school when I was young who wheezed after less than a 100 metre sprint in an enthusiastic game of soccer. Was I really resigned to a life of inactivity fearing to push any physical limits?!

And so began my research, I yearned for knowledge. How was I to beat his terrible disease? In my quest for information I discovered that the majority of late in life asthma sufferers are caused, or certainly aggravated by allergens. Okay, I suffered hay fever, so I get really serious with my antihistamines and this condition will be beaten right? Not so easy unfortunately. I looked at the Buteko breathing techinques which offered a little respite, but the condition was still prevalent.

A couple of years later I started to run, not just running for fitness, something else. An activity that I could pour my heart and soul into. I’m acutely aware I ‘suffer’ an addictive personality - so for me it’s all about funnelling that addiction into something truly positive in life.


"Obsessed is a word the lazy use to describe the dedicated" - source unknown.


Running exposed my breathing difficulties to the point I ran around the problem. Long slow runs were my bread and butter, inadvertently benefiting from building a quality aerobic base. In the process I questioned my abilities as a runner, would my body allow me to perform at a level I felt I should be capable of?

It took me a couple of years before I discovered that removing the obvious allergens from my diet meant an almost complete recovery. First was alcohol, a regular habit that was cut to almost nothing - bar special occasions for celebrations and holidays. Dairy was reduced next, again not completely abstaining, but reducing it to the degree it’s only a rare treat. The difference was like night and day, I felt like I had a new pair of lungs, and general muscle recovery was also significantly better already.

I could finally push my V02 max, uphill running was a pleasure, not a lung wrenching chore. My times began to tumble and I could see real progress on the horizon. It was through this discovery that I came to see the huge factor that a quality diet has on performance and the way our bodies function.

The next logical step for me was cutting meat. The book Finding Ultra by Rich Roll confirmed what I was reading elsewhere, meat in the quantities we tend to consume, particularly in our society is generally unhealthy and not without complications. Of course this topic isn't without controversy, many would argue athletes are unable to perform without high levels of protein. And in response to this I would point these detractors to the animal kingdom, many of the strongest and most agile animals sustain themselves on a plant based diet. I don't believe animal protein is the panacea we've had ingrained in us. Rather it is now more frequently documented as one of the main causes of cancerous growths.

There is a caveat to all this. I think it's important we enjoy our nutrition. In fact it's imperative to our social stability. Taking time to enjoy our food in all its guises is an integral part of family and social life in general. It's more to do with moderation. And from there it's teaching our body to enjoy foods we once thought bland. I remember a time when a meal without condiments was nearly unthinkable. Yet it's only now I realise this was because the processed stuff we dare to call food is so bland  in taste and devoid of nutrition. It's not by chance that now I'm teaching myself to enjoy the simple but vastly more nutritious fruits, vegetables, seeds and nuts that nature has to offer. These foods are exponentially more satisfying as my taste buds adapt. Experimentation with different textures and flavours have led me to new plant based meals I never previously thought I would savour. It is even said our intestinal bacteria alters over time according to what we consume daily, which in turn affects the unhealthy cravings we can all be susceptible to.

For me personally, it's been about changing and developing new habits. A daily smoothie allows me to throw in some easy but tasty nutrition; A base of maybe almond milk or a fruit juice, with some chia for protein before adding a handful of kale, spinach and even some raw broccoli. These can easily be sweetened naturally with fruits such as banana, grapes or mango. And in a single glass I can now consume more essential vitamins than the entire average daily intake of my previous diet. Then I've been concentrating on some meat replacements such as soya for family staples like bolognaise, cottage pie and chilli's. Of course snacks tend to be seeds, nuts or fruit. Breakfast is still a work in progress, but suffice to say I don't consume sugary cereals, it tends to be more porridge or even toast with marmite (a small obsession of mine...). 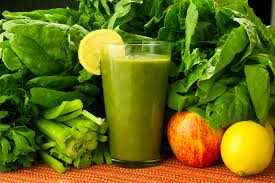 Of course any changes in lifestyle habits need to be incremental. If you try and change everything overnight it'll become too much and you'll set yourself up to fail. It's about making one alteration at a time, and ensuring it sticks. Willpower with things like this is difficult, which is exactly why I allow myself cheat meals and treats to ensure longevity in my ever altering diet. If you feel that there'll be a little respite come the weekend, it'll trick the brain into holding out when your resolve falters.

My diet is an ongoing evolution that has no final answer, no destination where I decide I've perfected it. It's further tweaking and mistakes that'll be the cause for improvements and safeguard my health. But in doing so I’ve never felt better. There are no sugar crashes in the middle of the day where previously post lunch fatigue would have me reaching for the coffee or similar quick fix caffeine source.

It really is that simple to me now. Single ingredients, nothing processed, lots of plants. As always in life the most simple answers are usually the best. I’ve embarked on a lifestyle change, that although questioned by some, I honestly feel tangible benefits. I would encourage everyone to experiment - Try adding something new that's nutritious or reduce something you know is detrimental to your health and see how much better you feel after a week.

Always best to end with a quote;


“Eat food. Not too much. Mostly plants” - Michael Pollan (Author of the Omnivore’s Dilemma) 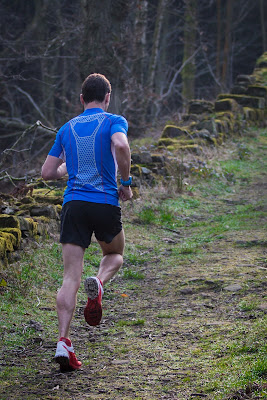