Mr Brightside - an essay on positivity and performance

Life is filled with challenges and struggles, which by design is the very thing that defines our experience. However, it's all too often the 'easy path' in life that people of this sedentary generation choose to pursue. We find ourselves living in a culture that thrives on ease of existence, inventions constantly being produced that serve to alleviate any effort that life might throw at us. And in doing so we appear to be nurturing a society with an aversion to any and all hardships. Unfortunately, asa result people are missing the joys discovered in overcoming the seemingly difficult. I question whether this joy is what draws people to running in general, and possibly to a greater degree, ultra running. Motivation can wane when the weather is inclement or energy levels are low due to a busy lifestyle – yet I seldom, if ever hear anyone after running say they regretted the act. Rather to the contrary, it fills us with a sense of purpose and achievement. It’s clearly at a primal level that our bodies thrive on this energetic movement, thus releasing endorphins that create what is ultimately an addictive and satisfying ‘past time’. 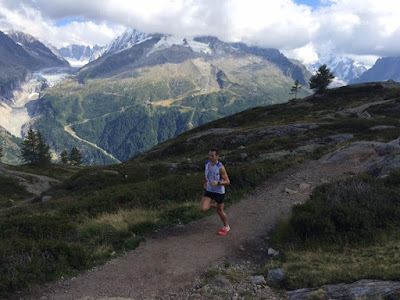 Ultra-runners often possess certain character traits like tenacity, dedication, even borderline obsession at times. It’s often this level of motivation that needs to be reined in to avoid injury or illness from over-training. In my experience, ultra running is a parallel of life itself. Suffering challenges and hardships ultimately bringing joy and satisfaction when overcome. And as in life, it’s accepting this truth that prevents us from the procrastination of trying to avoid pain. But these aren’t the only ingredients as such that leads to success at all levels. Success being a highly individual benchmark, be it competing for position in a race, beating a personal best or even completion of a new distance.

I once read an article that struck a chord with me regarding attitude. The author in question argued that performance in ultra-running (or any other walk of life) could be affected to a great degree by the level of positivity or accordingly negativity. Positivity is of course often a personal trait, be it affected by nature or nurture. But whatever a person’s outlook, if harnessed and controlled I believe the difference in performance can be astronomical. Take the self-fulfilling prophecy theory – if you think you will fail, more often than not you will, and likewise if you strongly believe in success then often that is the outcome.


So how can we influence this positivity to improve performance? Again, it’s a hugely personal thing which you’ll need to explore and experiment for yourself. For some it’s nailing their nutrition; that food item that just gives them the physical and mental boost to push on when effort levels are high. For others it might be a piece of equipment or clothing that fills them with that confidence; sliding on some new Salomon S-Lab Sense Ultras, the very same shoes that Kilian Jornet utilises to such great success. It might be the company you keep in a race, some work well in isolation, while others thrive in a more social environment – psychologically sharing the ‘misery’. 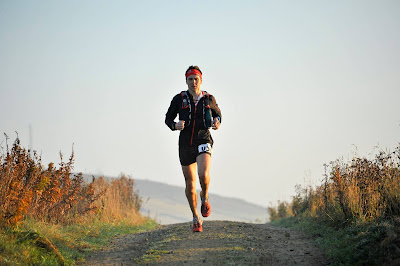 For me, positivity means staying happy and in the right frame of mind. Particularly during longer ultras, there will be low patches, and it’s how I manage these that often means the difference between relative success or failure. I’ve learnt to embrace the pain and suffering as part of the process, and where possible consider what’s still going well. It might be my legs hurt, but I’m still nailing my nutrition. It could be the environment I find myself in. There’s a reason I choose mountain ultras over road running in big city marathons, which is the inspiration I draw from experiencing those beautiful places surrounded by nature. That’s not to say I don’t find myself in dark places of the mind which I have to consciously dig myself out of. But it could be that this positivity is one of my better traits that keep me progressing in my chosen pastime. I’m a positive person, and I believe this often shines through, not just in racing but day to day. I try to steer clear of negative people, because it can be contagious, and I firmly believe life is too short for negativity. 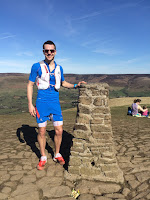 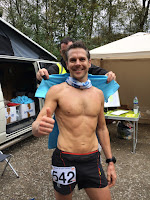 In my lowest moments I‘ve taken to smiling in the physical sense. And it’s amazing how this physical act is inextricably linked to the psychological mechanism that makes us happy and positive. Equally seeing the joy of others can change your mind set and wellbeing for the better. I take no greater boost in races than seeing my family along the route. The excitement of my children sharing in my adventure is always a huge lift. 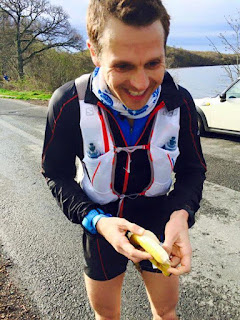 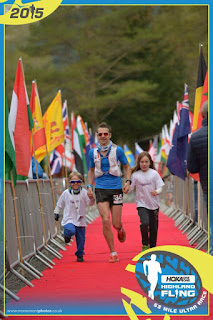 The point I’m trying to convey is about keeping perspective of what it is we’re doing and what we’re trying to achieve. We aren’t necessarily out to change the world, but we can make it a little bit of a better place to be. With lows come even greater highs if you have the stamina to endure. Enjoy your time on the trails, we are truly privileged to be out there running in nature. Running after all taps into our deepest primal instincts, which with it brings a satisfaction seldom matched elsewhere in our lives. The warmth of the sunshine on our skin, an incredible vista, the release of endorphins from physical effort, all these experiences continue to provide the joy and motivation to pursue what we love. Happiness it transpires isn't necessarily just manifested from a series of events in our lives, its also an ongoing state of mind we can influence with our self imposed positivity. 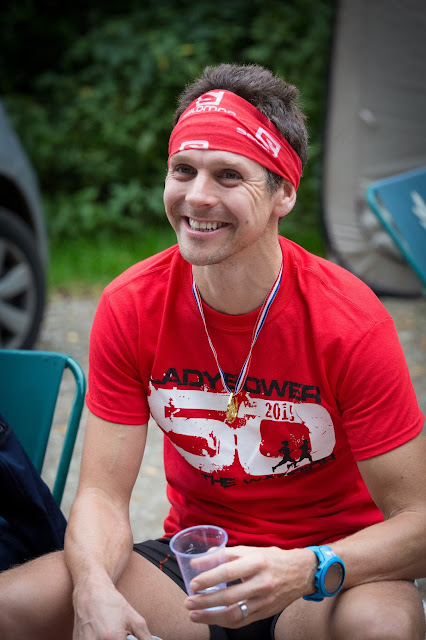 Thanks for reading, keep enjoying the trails. 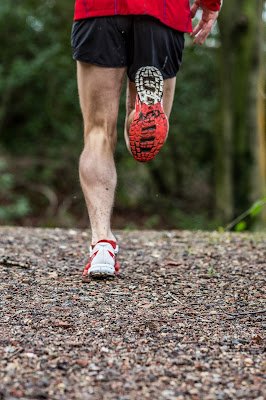